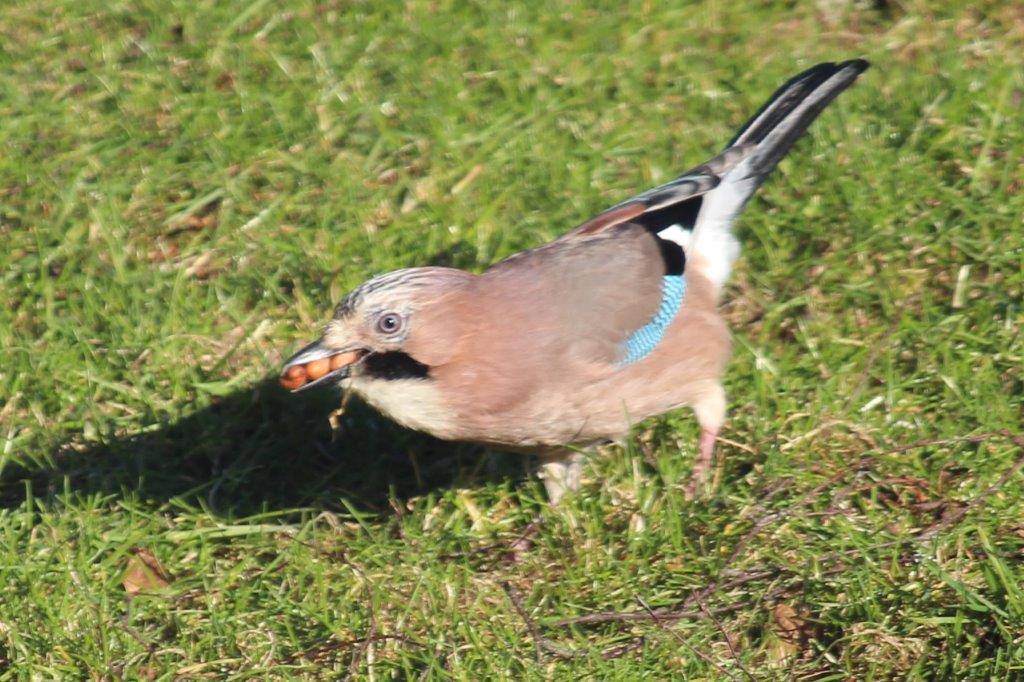 So we are now well into 2018, week 9 approaching and month three. Whilst the rest of the country has struggled with snow, high winds, frost, ice and very unsociable conditions, here in Croy we have had a slight covering and no disruption at all. Yes the wind has been biting and any outside bird baths, the Lochan and small puddles have had a coating of ice but we’ve had an exciting mixture of visitors at the Lodges regardless.

The funniest award goes to the Jay, who tried to get as many peanuts in his mouth as possible. He looked like he had swallowed a string of orange beads! 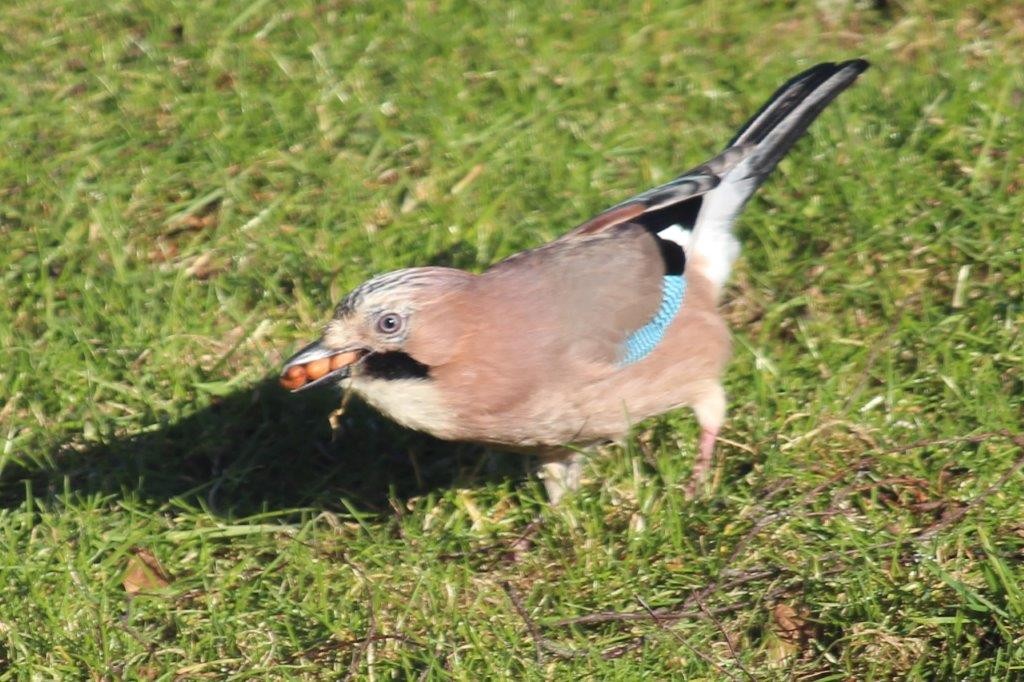 A greedy jay enjoying some nuts in the garden

The cheekiest award goes to the squirrel who was busy on the feeder when along came Mr Pheasant, nonchalantly minding his own business and picking up a few seeds here and there. Next minute down shoots the squirrel and faces up to him, tail all fluffed up and if I could speak squirrel I don’ think it was very complimentary! Poor Mr Pheasant, off he strutted with a disgusted look on his face. He has the most beautiful markings and when the sun shone on him he was truly magnificent – but a scardey cat! 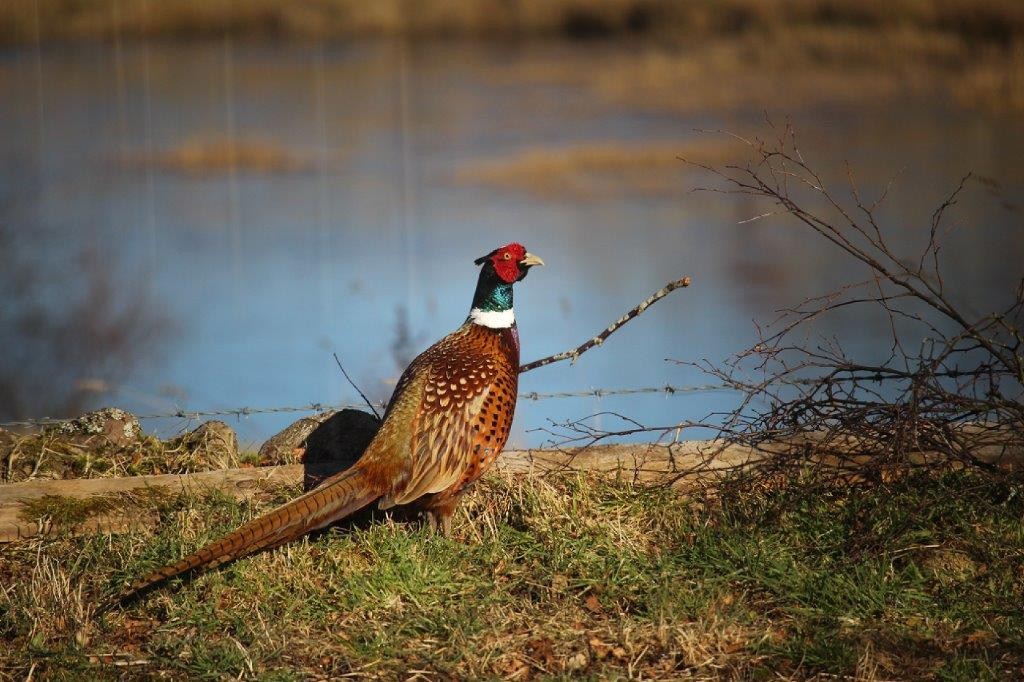 A red squirrel enjoying some lunch at the Lodges

The most elegant award goes to the Heron, who silently glided down to the Lochan’s edge and stood there perfectly still. I suspect he’s along to do a frog count/check as they will be coming out of hibernation soon. He was, however, a bit early as the Lochan is covered in a layer of ice and the frogs will be well down still enjoying the box sets they got for Christmas. Nature can be so cruel as they languish in the muddy bottom of the Lochan, big Hector the Heron is biding his time……………probably checking some recipes – Toad in the Hole, Frogs legs with garlic butter, Frog a l’orange, and for pudding – frogspawn aka tapioca ! O.K. enough.

We’ve been out and about as much as possible, doing some research for our visitors this year.

Inverness Castle has a new observation tower, and on a beautiful clear Sunday in January, we climbed to the top and enjoyed the splendid bird’s eye view of the city and beyond. There are a couple of rooms on the way up with audio visual presentations, not to be missed, and the usual little gift shop for your souvenirs. There is a charge but it is worth it if you pick you day right! 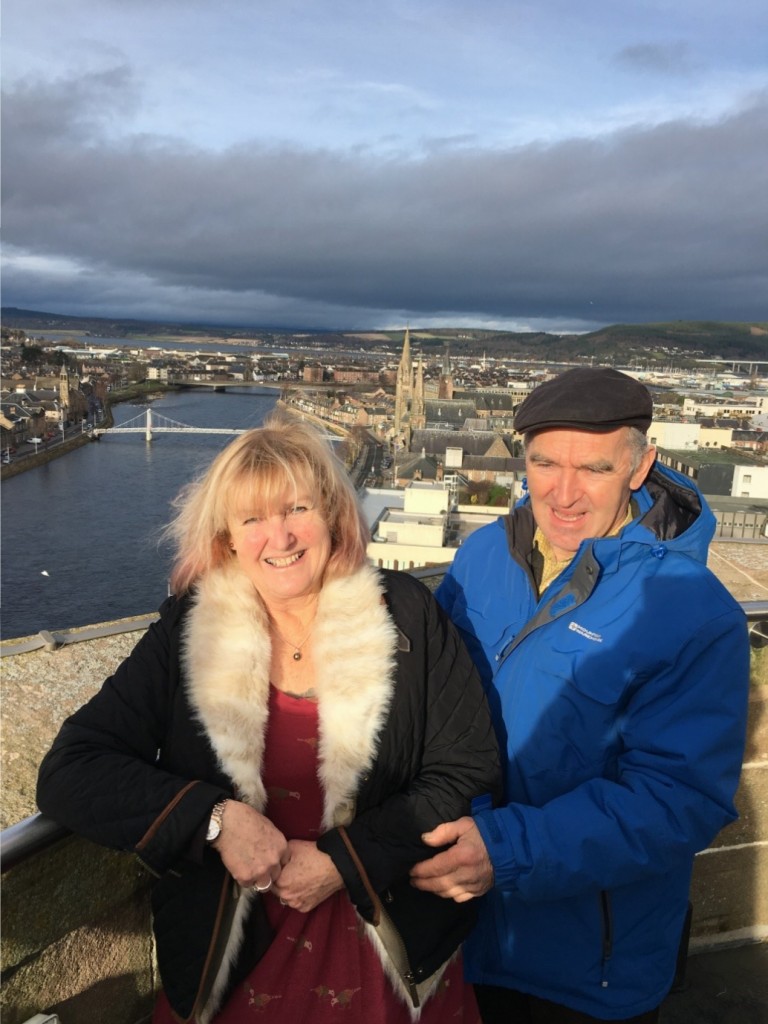 The views from the top of the Inverness Castle observation tower

Loch Ness is always a great attraction and we noticed the trees on the loch side have been cut to allow a far better view and possible sighting of the monster. This should make your photos of Nessie easier to capture.
Spring is late in arriving this year, and although we missed out on the snow and storms last week we’ve had some frosty days. I noticed the crocuses are coming out as are the aconites and the buds are not far off bursting. Just a few days of warmth and they’ll be on their way. 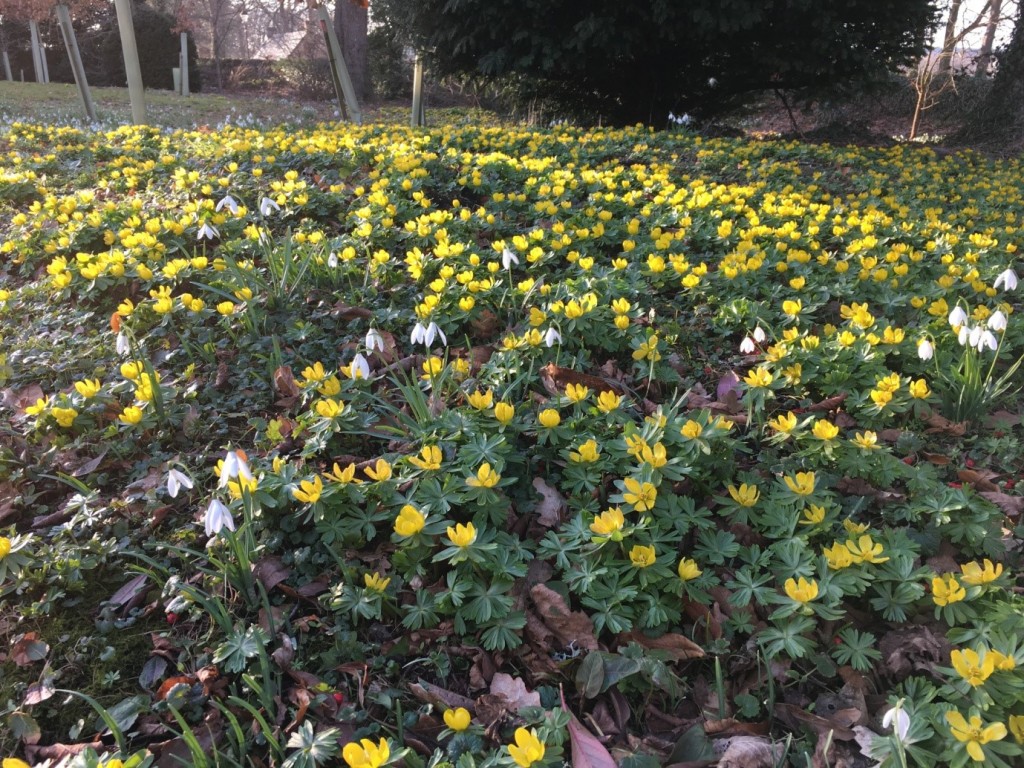 Spring about to burst into life

In our quest for finding exciting things to do and places to visit, we went to Dundee for a couple of nights and saw the almost finished V&A Museum of Design. It is a spectacular building and easily a day trip from Lodges at the Mains. The scenery and towns and villages on the way are so varied, it makes for an exciting journey. Three roads in particular which reach dizzy heights are the Cairn O’Mount, The Lecht (second highest road in Scotland) and home by the Dava Moor. All three spectacular at any time of the year, especially at sunset.

When I look through my photographs I realise we have been very busy this year so far but I think that’s possibly enough for one blog. You’ll just have to sign in again soon to find out more about the Lodges at the Mains and our beautiful surroundings.

Catch up at Easter.